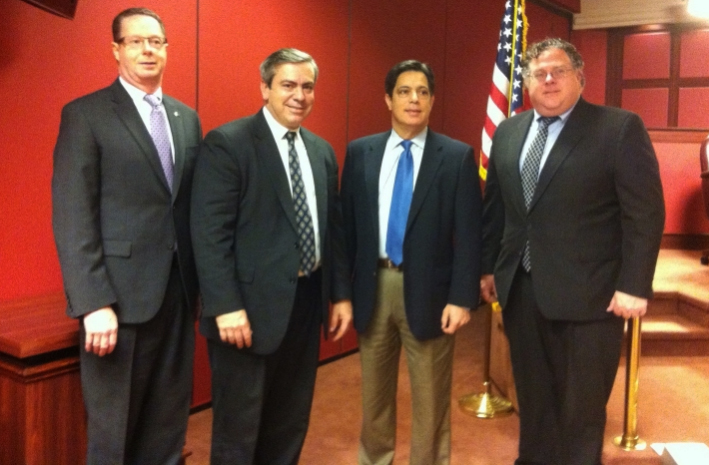 The Pennsylvania Arts and Culture Caucus, a bi-cameral, bi-partisan caucus, was established in October 2012 with the purpose of providing caucus members access to the latest research, education and policy developments on arts and culture.  Additionally we support caucus members in their efforts to draft and pass legislation that advances arts, culture, and tourism in the Commonwealth.  We support arts and culture because they are economic drivers in Pennsylvania while yielding many other educational and civic benefits. As co-chairs of the Legislative Arts & Culture Caucus, we are inviting you to join us as a member of the caucus and also call upon you to make arts, culture and tourism a priority as we develop legislation during our new session beginning January 2015.

On October 8, the Arts & Culture Caucus endorsed the policy positions presented in “Developing Policy Positions on the Arts, Culture & Tourism in PA,” a white paper created by a coalition of statewide arts and culture organizations in the Commonwealth.  Some of the policy issues included in this document are dedicated funding for arts, culture, and tourism, cross-agency collaboration, and support of the arts as part of the core curriculum in Pennsylvania’s 500 school districts.  We have attached a copy for your review and also have attached the statewide summary report of an economic impact study done by Citizens for the Arts in Pennsylvania.

This study demonstrates the economic power of the arts and culture business sector which generates of $2.5 billion in economic activity each year.  This activity is responsible for:

Despite the economic activity that is generated by the nonprofit arts & culture sector in Pennsylvania, we still lag behind our neighbors in state spending on arts and culture.  According to the National Assembly of State Arts Agencies, Pennsylvania ranks 27th in per capita spending, out ranked by every state contiguous to us with the exception of West Virginia.  Ranking in the top ten states in per capita arts spending are our neighbors of New York, New Jersey, Delaware, and Maryland.

Meet Our Co-Chairs
Meet Our Members